This beautiful small town is often associated with such things that a frightening image of it is portrayed. Such as the nickname of the state is known as “Granite State.” And you would be even more surprised after knowing the motto of the state which is “Live Free or Die.” But there is a straightforward explanation of why these things are attached to “New Hampshire.” It has a history of mining granite which is why it’s called the Granite state. A strange yet attractive thing about New Hampshire was the mountain which had formed the shape of an old man was famous and became the reason of attraction for thousands of tourists. But unfortunately, it crumbled in 2003.

Since you are reading this article, it means that you are interested in auto transportation from New Hampshire to somewhere else. But honestly speaking after breaking this news to you, you wouldn’t be so happy that the shipping conditions are not good in New Hampshire. Although the city is small and the infrastructure should be good for auto transportation when thinking logically. But it's the opposite of the hypothetical situation. The weather of the New Hampshire doesn’t even support the auto transport of New Hampshire conditions. The weather of this state is dominated by winters for an extended period. And it gets severely cold often during the winter. So it’s not very available auto shipping in New Hampshire, and we are saying this with a heavy heart. But you don’t need to panic as there the auto transporters are a ray of hope for you. By leveraging the network of the auto shippers, you can find ways of shipping to your state. So the fact of the matter is, nothing is impossible to do but when the task is a bit laborious there come to some extra costs attached to it that you have to bear. So, let's not waste time and see what those ways are:

What Interstate Highways to use when shipping to New Hampshire?

Is it easy to ship to New Hampshire?

The answer to it is “NO.” But is it impossible again “No? Auto transport of New Hampshire’s rural areas become a daunting task to be done. The rural areas which are near to Interstate 89 will easily have the transportation needs fulfilled. But if it’s an uncommon route, then the best way is to ask from the auto transporter if they can get the job done. But let’s talk turkey, no business in the world would operate if the hitch is more than the profits. Same is the case auto shipping in New Hampshire. They aren’t active in New Hampshire, but the people who are really in need get their car shipped easily. But in the case of rural areas, the lack of interest is pretty obvious. So, the only option left is to get your car shipped to the Interstate of 89 and then drive it back. There area few things that you need to keep in mind when driving your car in winters such as snow chain tires. For avoiding any kind of accident “God forbid.”

If you think that what does it has to do with me, then you must recheck the benefits of it. By having the knowledge of common routes for vehicle shipping in New Hampshire, you could save yourself a lot of money, and if already you are shipping to a common route then we have given you a reason to dance with joy. The way how you could save yourself money is because of the demand; there is a stiff competition between all the auto transport services of New Hampshire in the common routes which lead to lower prices. And whenever the competition is tough, the car moving companies cannot rely solely on the price differences. So, for the sake of differentiating they also provide optimum level services to customers. The no-brainer benefit attached to the common route is transporters will be easily available to you. Now, when you are aware of all the benefits of common routes you need to know what are the common routes when shipping to New Hampshire. Here are they:

Knowing the common routes isn’t just enough you also have to know the “cost” when you want to ship your car from New Hampshire. ITosave yourself from the deceiving practices of the auto shippers. Not just that, it’s good to have a rough idea how much it would cost you so that you can compare prices of different auto transport services of New Hampshire.

Are you a Jets fan and it has attracted you to watch the match of your most favorite team in New Jersey? So, the state of Bon Jovi is also New Jersey and these amazing associations with New Jersey would excite you a bit. Whatever has made you ship your car to New Jersey the good news is it won’t cost you a lot. A mere $800 to $900 should do the job in a sound manner.

Texas is the second largest state in America. Along with that, everything is just too big in Texas. The airport in Texas has 7 runways and is also the second largest in the US. But fortunately, the price is not too big for shipping to Texas. It would cost you around $1300 to $1600 for a car moving from New Hampshire to Texas. 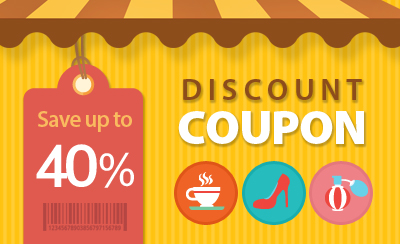 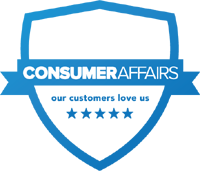